A typical Canadian house, in Erin Mills 1980s style. The HomeOwner used to be bespectacled but has since gone bionic and has eagle vision for distances of up to 100 metres, 200 metres in good light. He is greying at the top and bulging around the middle and doesn’t mind squabbling with various devices, with wifi and Bluetooth devices holding pride of place amongst his adversaries. He shares the house with his Beloved Bangalan, who is also greying along with him, mostly from the sound of his squabbles with his devices.

HO: Bluetooth, forsooth! The work of Satan himself! Why doesn’t this sync!

BB: Have you tried turning it on and off?

She gets a withering look from HO, which she fails to see, because she’s already turned her attention to the laptop on her lap.

HO: You do realize I used to be a techie, once, right?

HO: And I have all these devices working for me, right?

BB: Put them next to each other and see.

HO: Hang on! I’m trying something. Give it a sec. Here we go. OK! I think … yes, aha! Take that, you stinkers! I made you talk to each other, didn’t I?! Bwaahaahaah

BB: What did you do?

HO: Well, first I <is interrupted by BB>

BB: Whatever! As long as it works.

HO: How can you call yourself a techie! You wouldn’t know how to fix the network at home if it went down without my help!

He looks at the app on his phone.

HO: Ah, here we go, now let’s see how we did. Slow today, 4.6km, but there’s a bit of a ramp at both ends and we were in hikers. You’re excused! I don’t get this calorie counter stat. It seems to be simple factor of time taken, doesn’t seem to consider effort.

HO: All these Bluetooth devices I use. The watch, the phone, the laptop, the speaker, headphones, the car. I wonder if they communicate with each other without our knowing it.

BB: What do you mean?

HO: Look, we go to sleep, yes. What do these guys do, when they’re not doing shift duty?

BB: Can’t you do something, in some other room? Like go write something and stop babbling?

HO: Someday, I’ll write something and then you’ll see!

He walks away down to his den.

It’s 8am the following morning. HO is up and doing his exercises. The Watch is at work with him. The CPAP is shutting down with a big sigh and flashing screens. The Phone sits on the bedside table, waiting for the others. HO finishes his set and goes off to brush his teeth.

Phone: How did our boy do last night?

CPAP: He did quite good! 7+ hours, no disturbances. What’s the numbers on your side?

Phone: Not too bad. He’s been busy preparing somestuff for his website. So he’s not spent too much screen time.

CPAP: Was chatting with Watch just before my shift and he’s happy too with the guy. Apparently, he’s in prep for some major walking, you said, right?

Phone: Yeah. He’s got a trip planned. He’s been researching flights and hotels and airlines and bags and things. Been a busy guy.

CPAP: Well, I’m still getting used to him. I’ve only been here a couple of weeks now and it’s a bit of a learning experience for me.

Phone: Oh, he’s not too bad. He gets a little testy when we refuse to talk. Watch is fairly new, too, came on board a couple of months ago. The previous watch was killed off by the manufacturer, so this guy is new. Quite a talkative guy. Has loads of data to share.

Phone: Yeah, it was a bit of a learning period, but I think we’re on the same wavelength now.

CPAP: Well, I gotta shut down and get some sleep. Yawns. We’ll chat later.

HO comes over and picks up the phone and goes off downstairs.

Watch: Hey, can I send you some quick data? Looks like the chap may go out soon for one of his pre-breakfast walks. I’d like to send over some stuff now and clear up, so there’s some clear air for the heavier info.

Phone: Sure. Shoot it over. Oh hang on, looks like I’m coming with you guys. We can chat as we go along.

Watch: Oh cool. I like to sync in near real-time you know, or as close to it as possible.

Phone: He’s picked up those bright blue sneakers. Oh my lord! My eyes! He’s not going to wear those hideously yellow socks, is he? Oh, he is! Lord save us now.

Watch: Sometimes I’m glad I can’t see. Is it really that bad?

Phone: Oh, he wants a photograph to post on Facebook! I’ve just become an accessory to a hideous crime!

Phone: I get it from him. I’m contaminated now, thorougly infected. He sniffs. Doomed, I’m doomed, I tell ya! When I’m gone please let people know I had no choice. I can only do what he says. And if he wants to take a photo of his bright blue sneakers and hideous socks then I’m compelled to comply.

HO: Woof! That was a nice walk! Now I need coffee!

HO: You know, you never answered my question.

HO: About the Bluetooth devices. Do they talk to each other without us knowing?

BB: Write an article about it. Put up, what do you call it, Hypotheses.

HO: You know, that’s a brilliant idea! You know what? How about if I made it into a one act play? Keep my hand in. It’s been a while since I wrote that 3-act romantic comedy.

BB: Oh dear lord! Systems are down again! Bye, I have to get on a call.

HO takes his coffee mug down to his office and logs into the website. He starts typing “Bluetooth devices – They never sleep”

if grammar is dying

The Power of Cats 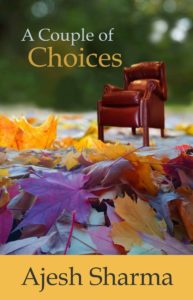