I was going to call this the “Annual Anniversary Anguish” but then realized I would be redundant. No, I mean, not me, I mean, I was made redundant once in 2009 and haven’t looked back, but I mean the Annual and Anniversary together would be abundantly redundant.
Right, all that sorted out. You’re not quite there yet? Well, I’m not waiting about for you.
Here is my conundrum, cogitate on that if you please. Ah… I have a problem, I need your help. There, is that better? Sheesh!
Problem Definition:
The Great Annual Day of Celebration is nigh. The day I became officially a husband. <Digression Alert!> I wonder if the word husband has anything to do with hussies and bands around them? Like being tied up, you know, like rubber bands…..no, not bands like Green Day and U2. The guy acting as a tourniquet and closing up the Honky Tonks so that she can settle down. For as long as there ‘s a Honky Tonk she’ll never settle down. Watch this video http://www.youtube.com/watch?v=cNyBrDvR2VU- and quit saying 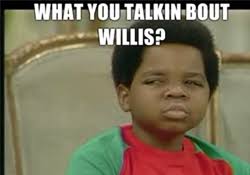 So the Wedding Anniversary is coming up and I have no idea what to do. I shall be in the Prairies and she’ll be in general vicinity of the 5 Great Lakes. (Quick can you name them all?)
Possible solutions:
1. Remote gifting of flowers? Cheese? Cold Smoked meat? Saskatoon has the one store that is world famous in Saskatoon for artisan cheese and cold smoked meat.
2. Write a soppy poem. Not really my scene. Mah pomes are deep, dark and deliciously un-understandable and definitely unreadable.
3. Write a story. Hmmm – I got away with that last year. Should I repeat myself? If YES then what should the story be about? We already did the Jab We Met <When We Met – this is an example of Hinglish. It was a Bollywood movie >. So one supposes we could move on to the 6 years of holding hands and running around trees before marriage. The stolen kisses hidden by the convenient blooming flower. The many dances in the rain. The multiple costume changes. No?
4. “Other” options. Possibly including Skype?
5. <Your ideas here> Come on!! Get with it! Time is a running out till Dec 4.

Thanks for the memories.